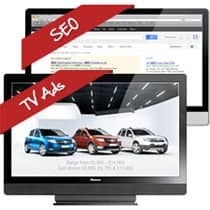 With digital marketing paving the way for modern-day advertising, it’s time television followed their lead. We look at some comparisons between the costs of TV advertising with SEO and PPC campaigns.

So I was watching television the other night and something incredible happened. An amazing plot twist in the new season of Game of Thrones? A positive story on the news? The One Show didn’t have a segment where Phil Tufnell went to an incredibly boring museum?

Much more amazing than that – in the course of a five minute advertising break, I saw three adverts which I was actually interested in.

This really got me thinking, why hasn’t television advertising changed with the times? Segmentation is pretty basic compared with the in-depth data available at digital marketer’s fingertips.

A daytime spot on a major terrestrial channel can cost thousands; that could buy you a low level SEO campaign for a month! Here are some more stats comparing the costs of the two channels; 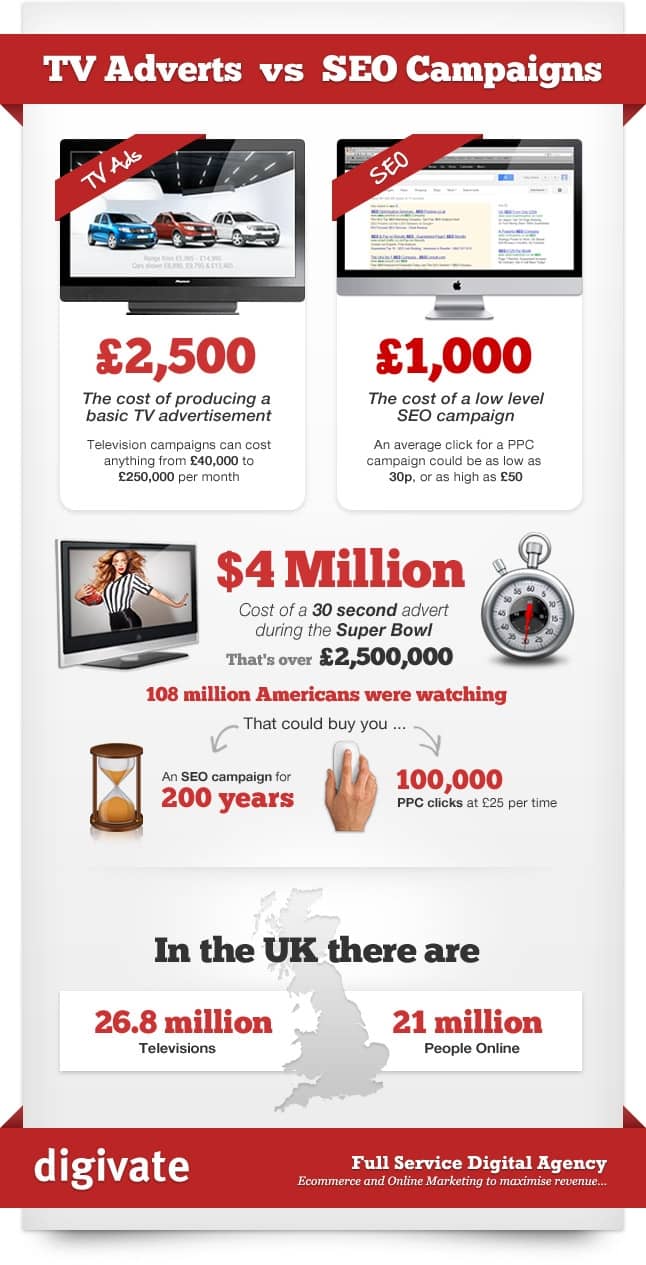 All of the statistics above show the disparity between the two advertising channels. So why is TV still such a popular medium? What the infographic doesn’t show is the impact on brand awareness that television has. Viewers of an advertisement may not run out and buy something they have just seen, but if the advert is effective then that brand will stay in their heads when they go to choose from a range of products at a store, or online.

Sky is rolling out a new platform called AdSmart in 2014. The service offers targeted advertising based on a number of factors including region and age, but more interestingly – financial needs, affluence and lifestyle. As anyone in digital or data marketing knows, more segmentation can provide you with better targeting and your consumers with more informative advertising.

As one of television’s super powers, it is a positive indication that Sky are actively trying to provide a better advertising service. Marketing has now become a two way stream of company-customer interaction and this is what people expect when looking for products.